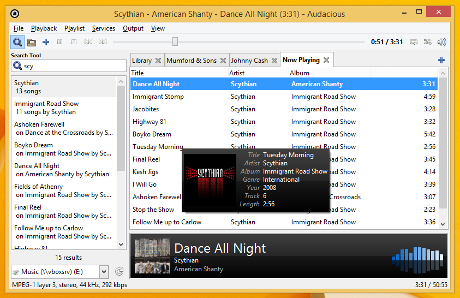 Audacious runs on Linux, on BSD derivatives, and on Microsoft Windows. To download and install the latest version (currently 4.0.1), please see the download page.

This is a preview release of Audacious 3.3, which will bring many new features.