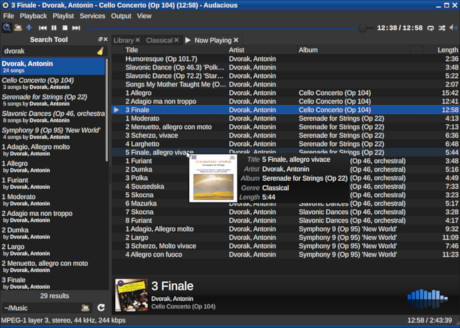 This point release in the 3.1 branch fixes a few bugs.

Integrated in the GTK interface in Audacious 3.2 will be a plugin that allows indexing an entire collection or "library" of music.

Audacious has moved to GitHub

Our Git repositories are now located at GitHub.

The first bugfix release of the 3.1.x series is here.